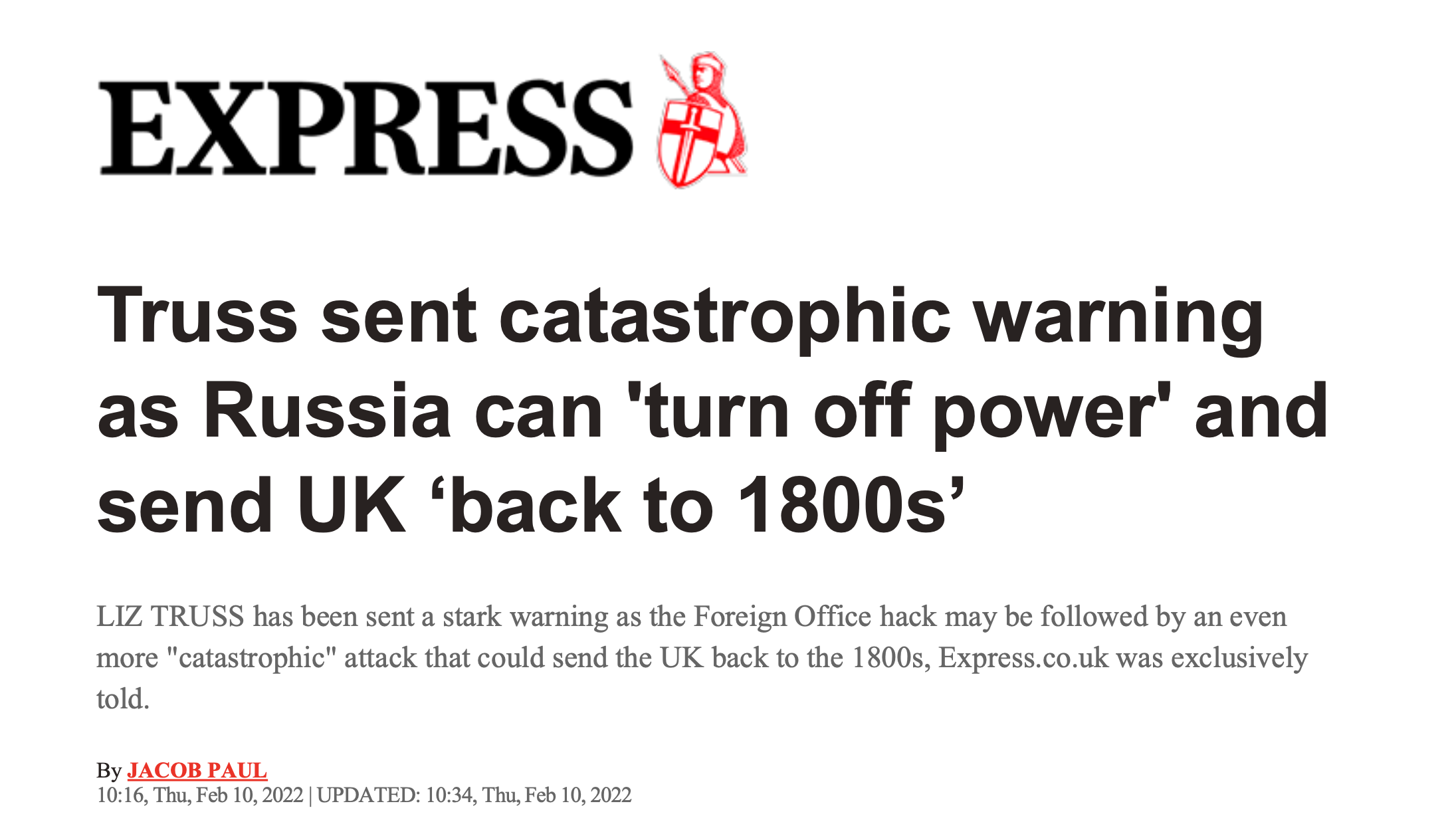 Dan O’Dowd, Founder of The Dawn Project, was interviewed by UK newspaper The Express following a cyberattack on the UK Foreign Office, and the cybersecurity threat from State actors the UK faces.

When asked if Moscow was responsible for the hack, Mr O’Dowd replied that it is “certainly possible”.

“We have connected up the power grid to the Internet.

“But the problem is you put it on the Internet and how did you connect it to the internet? You probably downloaded software off the Internet that gives you Internet connectivity.”

“But that software has tonnes of bugs in it. You can just go to hackers that and say that ‘I need to be able to hack this system’ and they would just do it.”

“Mr O’Dowd warned that if cyber attackers were to get onto the system and get control of power stations, it would spell “total catastrophe”. He added: “If you hack the power plant you could turn off the power and that would be bad.”

Dan’s comments were published in The Express, February 10 2022, here.