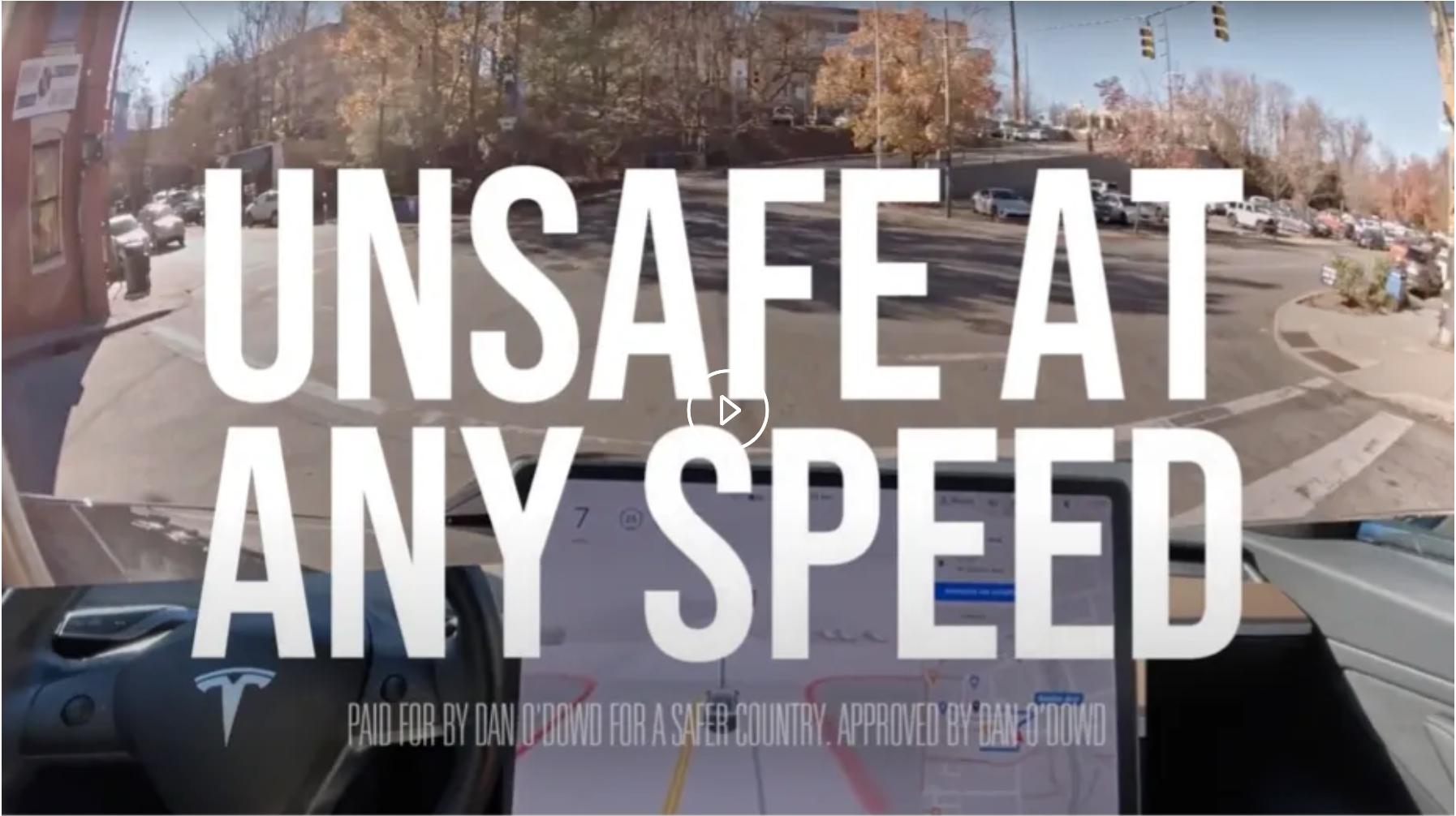 Dan O’Dowd is campaigning to make computers safe for humanity. He is starting with calling for a ban on Elon Musk’s so called “Full Self-Driving” software, which is dangerous and a should not be being tested by the public.

See below three of his most recent television advertisements raising awareness of the problems:

1. Unsafe at any speed

Listen to Elon Musk promising Robotaxis “next year” for the past 8 years. These have still not yet been delivered and are not even close to being ready:

3. Is Tesla a giant Ponzi scheme?

Dan is planning more videos for television and social media and we will post these here in due course.