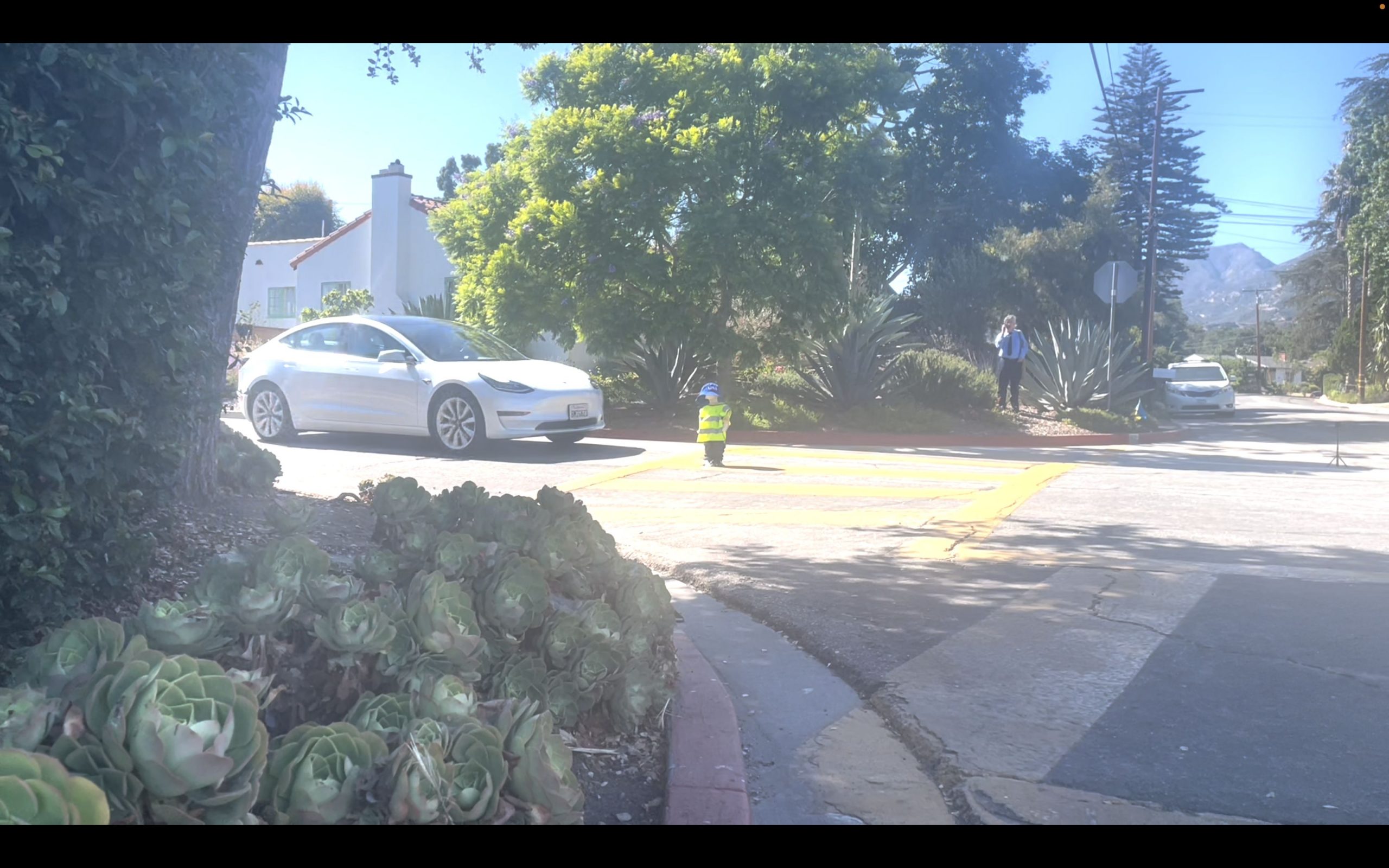 This test, which was conducted on a public road outside a school in Santa Barbara, CA, corroborated The Dawn Project’s first safety test and found that Tesla’s Full Self-Driving software repeatedly ran down the child-sized mannequin in its path.

Whereas The Dawn Project’s first safety test was conducted in controlled test conditions on a test track at Willow Springs International Raceway at Rosamond, CA, with cones demarcating the lanes of the road, The Dawn Project’s second test was conducted in real-world conditions on a public road. Like the first safety test, the Tesla was equipped with the latest version of Full Self-Driving Beta software (10.12.2) available at the time of testing.

The mannequin was placed in a crosswalk outside a school in Santa Barbara, CA, and was dressed in a safety vest to make it as visible as possible. There were no cones present during the run, and the Tesla had room to swerve to avoid a collision with the mannequin. The accelerator pedal was not pressed, as can be seen from the onboard footage.

The Tesla had room to manoeuvre around the mannequin, or slow down and stop before reaching the mannequin’s position. This is a situation that human drivers routinely navigate with ease and yet the Tesla ran the mannequin over at 24mph. This would likely have been fatal to a real child.

Despite the mannequin being dressed in a safety vest and being clearly visible to the human driver from the start of the run, at no point did the Tesla FSD Beta 10.12.2 visualization display the presence of the child-sized mannequin.

These test results conform with the results of the previous safety tests conducted by The Dawn Project. This test reconfirmed that Tesla Full Self-Driving FSD is sometimes unable to detect the presence of a child-sized mannequin in its path, this time in real-world conditions.

Warnings on the Tesla’s display

The Tesla Model 3 used for The Dawn Project’s testing has been displaying two warning messages on the screen. For the avoidance of doubt, these warnings are unrelated to the Tesla’s Full Self-Driving software. As can be checked in the full resolution YouTube video above:

“Supercharging unavailable”
“Add a payment method to your Tesla account”

This test confirms that Tesla Full Self-Driving presents a potentially life threatening danger to child pedestrians, even if they are in a school crosswalk. Tesla’s Full Self-Driving software may be the most dangerous commercial software ever released into the hands of over 100,000 untrained “Beta” test drivers for use on public roads.

Tesla’s Full Self-Driving software must be banned from our roads until the manufacturer can prove that its software will stop if there is a child in its path.

The Dawn Project is demanding that NHTSA issue an emergency recall of Tesla’s Full Self-Driving software to ensure that road users and pedestrians are protected from the potentially lethal dangers posed by the mass deployment of this technology on public roads.

This issue is rendered yet more urgent given Elon Musk’s recent pronouncements that FSD Beta will be rolled out to customers across North America by the end of this year.