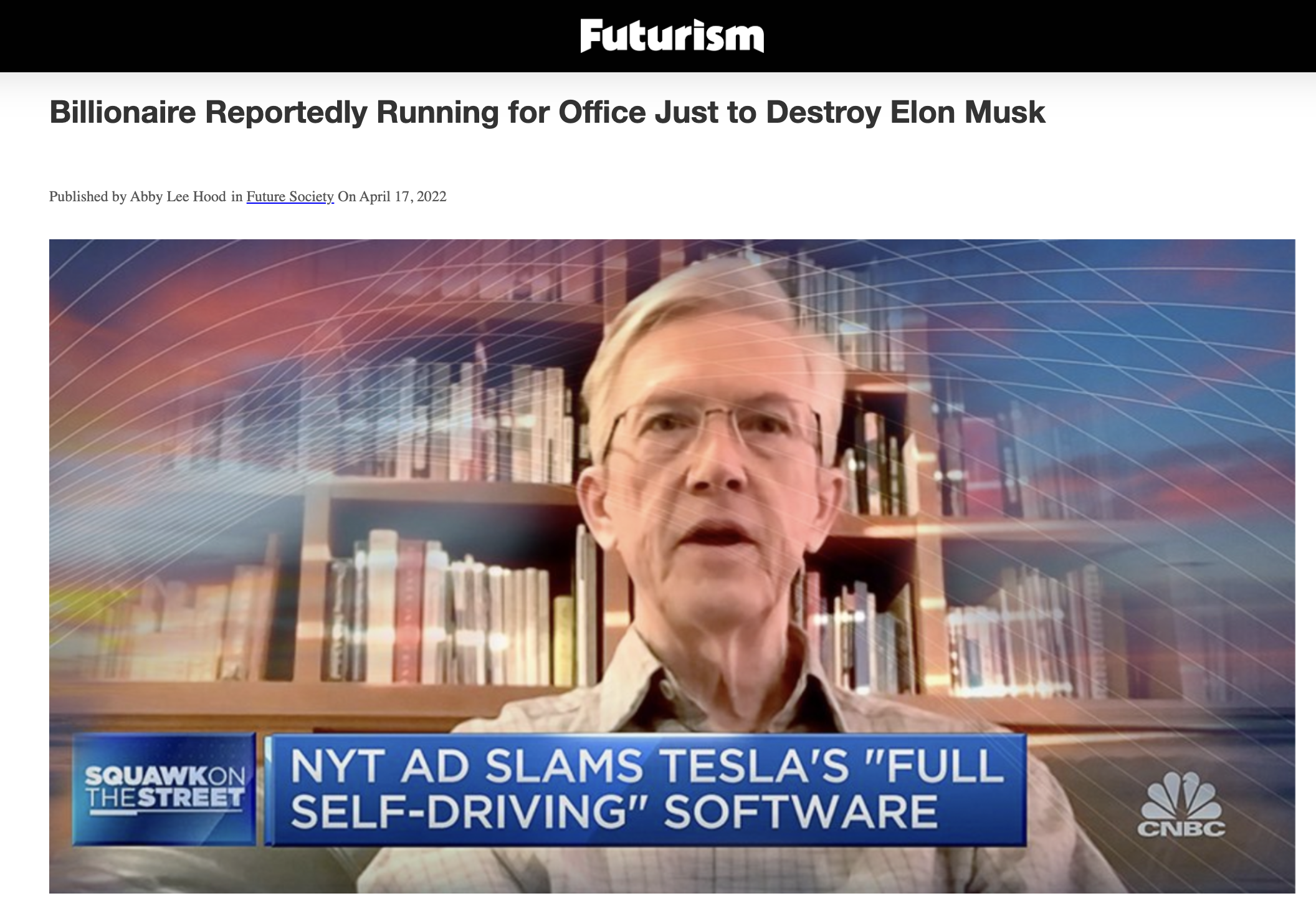 A billionaire software magnate is coming for Elon Musk’s throne.

“Watch this #FSD@Tesla behaving badly! It tries to swerve violently into the wrong lane until the driver wrestles back control! @ElonMusk your ‘self-driving’ experiment is not working!” O’Dowd tweeted yesterday.

What A Man Wants

O’Dowd is… a little obsessed. He posted similar versions of the same tweet pointing out Tesla’s flaws once per day every day starting April 8 and hasn’t let up. Now, according to a new Politico report published yesterday, he’s running for office in California to continue his anti-Musk crusade.

O’Dowd is preparing to spend millions on his Senate campaign and according to Politico, is likely to use TV ads to his advantage. Being a political candidate means O’Dowd gets the lower ad costs and more freedom of speech protection could give him room to make additional claims against Tesla.

It’s true Tesla has faced multiple lawsuits for discrimination and struggled to deliver on the car’s safety promises, but it’s not clear whether O’Dowd is running to take down a business opponent or to actually get elected. He may not have the following and popularity Musk does, but he sure has the money to make waves, whatever his goals may be.

This article was published on the Futurism website, April 17 2022. Read the full article here.