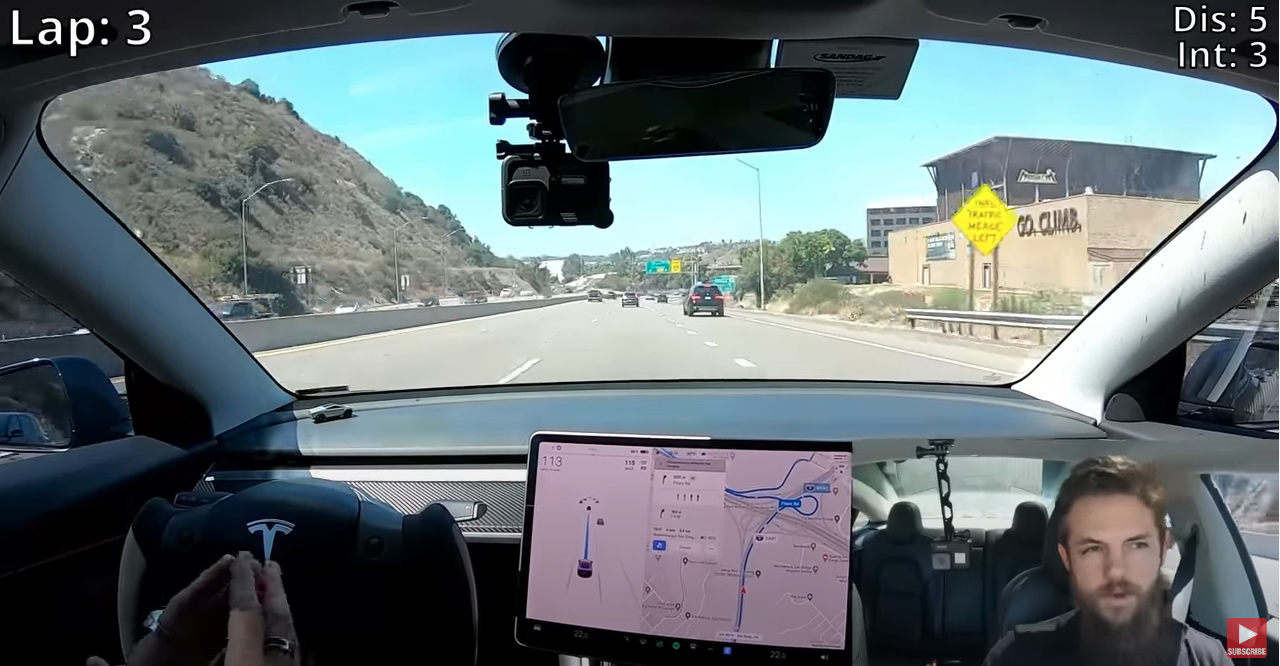 The test involved putting Full Self-Driving (FSD) through its paces on public roads to test FSD’s capabilities across a number of different driving scenarios. The test ran the latest version of Tesla Full Self-Driving at the time of filming, FSD Beta 10.69.2.

The full video was published by CYBRLFT on 14 September 2022, and can be found here.

The test was conducted over three runs of ‘The Gauntlet’, a course designed to test FSD’s capabilities over a range of different city street driving scenarios. During the test run, the driver only intervened to avoid collisions with other road users, and allowed the Tesla to make errors that would not result in a serious accident.

During the third run, which occurs between 20:13 – 27:14 of the video, the Tesla committed a series of critical driving errors. A summary of these is below:

In 7 minutes of driving, the driver was forced to disengage on two occasions, equating to one disengagement every 3.5 minutes (or 210 seconds).

The driver was forced to disengage on one occasion where the Tesla attempted to maneuver around a stationary vehicle in the turn lane and swerve into oncoming traffic. On the second occasion, the Tesla failed to read a 40mph speed limit sign and instead continued to follow the highway speed limit, accelerating to 51mph (82 kph).

Who would purchase a product that malfunctions every two minutes, and puts the safety of its driver and other road users at serious risk every 3.5 minutes?  Why should we put up with it in a Full Self-Driving vehicle?

With potentially millions of lives on the line, Full Self-Driving software should be the best commercial software ever sold – not the worst!

In honor of Elon Musk raising the price of his latest defective Full Self-Driving software 10.69.2 to $15,000, The Dawn Project is now offering a new prize of $15,000 to the first person who can demonstrate a current commercial product from a Fortune 500 company that when brand new:

For full Rules and how to enter, please see here.